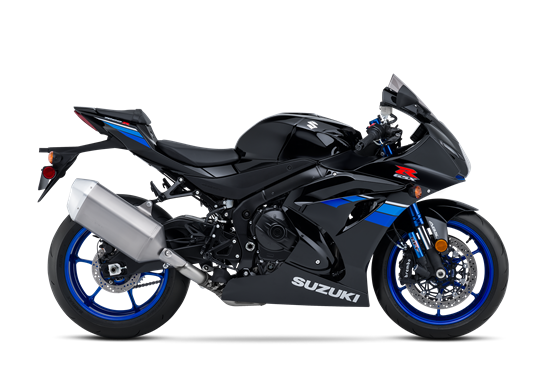 It has been three decades, with more than a million editions sold, since the GSX-R line was born. And a decade and a half has elapsed since the first GSX-R1000 transformed the open sportbike class forever. Now, the 2017 GSX-R1000 is redefining what it means to be The King of Sportbikes.

Without question, the 2017 GSX-R1000R is The Ultimate GSX-R. Suzuki engineers took everything that makes the standard 2017 GSX-R1000 the King of the Sportbikes and ramped it up by adding advanced rider aids such as the IMU-influenced Motion Track Anti-Lock Brake System, clutchless up-and-down quick shifting, and a launch control system that gets the rider out front fast.

Other features include a compact competition battery, lightweight upper fork clamp, and LED position lights above the fairing’s large ram-air ducts. Combine all that with the responsive Showa BFF fork and BFRC shock and you have a bike that will stand at the top of the liter bike podium.

The King of Sportbikes is back, bow to the King.